At a time when Canadian provinces are all removing their Covid mandates, the Trudeau Government is proposing extending hybrid Senate sittings to the end of April. The Trudeau Government favours a hybrid Parliamentary system where it can shove through billions of dollars in spending with little ... Full Article

Canada’s Covid-19 vaccination rate is over 81%. All of the provinces have dropped their Covid mandates, or have a plan to do so. But this Trudeau government still doesn’t have a plan to drop federal vaccine mandates. Our federal health agencies haven’t endorsed blanket mandates. Even ... Full Article

The Trudeau government has done precious little for suicide prevention in the 6.5 years they’ve been in power. The Conservative Government created a Federal Framework for Suicide Prevention in 2012. The Trudeau Government failed to finish implementing it when it became the government in 2015. ... Full Article

The Trudeau government rejected the Saskatchewan government’s made-in-Saskatchewan plan to replace the federal carbon tax, even though it approved a similar plan by the province of New Brunswick. SK Premier Scott Moe called the decision “arbitrary and political”. Saskatchewan has ... Full Article

Canada cannot abandon Ukraine’s citizens to the Russian madman Putin. As the granddaughter of Ukrainian immigrants who sought refuge in Canada 100 years ago, I feel this invasion deep in my soul. We must do more than just stand by and condemn the evil acts of the dictator Putin. Canada must ... Full Article

Prime Minister Justin Trudeau has used the Covid-19 public health emergency as a political wedge issue, dividing Canadians and turning them against one another. Canadians – many of whom have lost much or lost everything during this pandemic – are fed up. And so they drove to Ottawa to ... Full Article 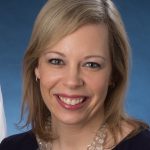